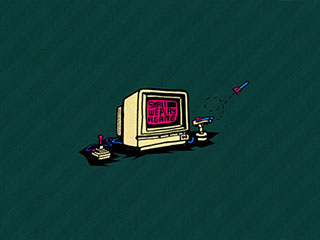 Games Can Improve Our Schools

Games Can Improve Our Schools

Games are voluntary. You can’t impose games on people and expect them to get anything from it. Play is nature’s way of getting us to learn. It’s why it’s so great for education. Because it’s something we, and pretty much every other animal, or hardwired to want to do. Whether it’s a lion cub on the Serengeti wrestling with its brothers in order to learn how to better fight in the wild- or a human child in the twenty-first century, learning our world of electronics by poking at a tablet screen. The instinct to play is the most basic, innate, natural way for us to learn.

But a big part of that is that it’s something that we think we choose to do. That we desire and want to do for ourselves. So we’ll put more effort into it. Unfortunately, this isn’t fully part of the collective thinking on games and education in the US. Here, the approach seems to be a very “top-down” approach. The general idea seems to be that we will build games, we’ll put them in schools, we’ll make kids play them in class, and things will be better. And truth is, it might be. If well done, it’s probably better than some of what we’re doing today.

But it doesn’t really harness the full power of games. It doesn’t deliver on the magic of play that’s so powerful- that promises so much for education. You can’t just make somebody play a game. Any of you who have been play testers know that even the best game, when played over and over again because someone’s making you, isn’t fun or engaging. Play has to be an act of volition. It has to be something you engage in voluntarily. And fostering that desire, that drive to play games of worth, games that educate, is really how we’re going to succeed in using games to help bolster our ailing educational system.

“Because curiosity really is more powerful than even the threat of punishment.”
Because any of you who have really sunk deep into that desire to play, know how much of your brain’s base it takes. When you’re driving somewhere your brain’s busy thinking of optimal strategies. When you’re stuck sitting in a boring lecture, you’re sneakily writing out builds in your notebook or brainstorming ways to optimize the run you’re going to do when you get home. You know how you love to research the game and find out more? To really dig in and learn spawn-timers or drop rates? And do the math and memorize the geography? You know how it gives your brain something to work and cycle on all day? Something to engage with when otherwise you’d simply be zoning out or otherwise not tuning in? That’s what we want to harness. That’s what we want games and education to do. That’s what we need them to do.

But to do that, we can’t just impose games. We can’t just assign them as homework. Or tell you that, “From eleven to twelve this is the game you are going to play.” That’s antithetical to engagement. That works against everything we’re building games to do. So we need to think about more than just building games. We need to think about how they’re going to be used. How they’re going to be implemented in the classroom in a way that doesn’t abandon the best things they give us.

And I’m not even going to pretend to have the answer for this problem. This is a subject we’re just starting to explore. Something James, only just over the last few weeks, realized was a huge disjunct in how we view games for education. It may be part of a much larger re-think of how we view the classroom and how we see the role of the teacher. It may be part of the growing need to shift the teacher’s role to one of the mentor, tutor, and guide- rather than lecturer. It may be part of an over-arching requirement that twenty-first century education be more about focused exploration. About using the vast resources available to us, to help us teach ourselves under the guidance of a caring adult, who’s been down this road before. Rather than simply having facts drilled into us. It may be part of revamping the educational system. To make sure that personal desire for knowledge is a stronger motivator than a fear of punishment. I’m fairly sure the answer lies somewhere circling those three, but right now, it’s beyond my ken. We need more time to think and hear more dialogue on the subject.

Which, is why we’re doing this episode. I am sure we’ll do a follow-up episode later if we find a more concrete approach. At the present, all I can say for sure, is that it can be done. Because it is being done in a thousand different individual cases. I see small examples everywhere I look. They’re just too specific to point the way to a general solution.

As I say all this, I am thinking of the Reality Ends Here game being run at USC. It’s a subversive game about film-making to help launch students into creating. To get them excited and interested in do-it-yourself cinema. And then, providing them with creative challenges and intellectual prompts along the way. It lures students into a world where they want to do the thing they’re going to school to learn. Where they desire to practice it in their time off. Rather than just longing to get away from the subject they’ve been studying in class all day.

It’s amazing because it relies on almost no technology. It’s a card game essentially. It’s also a little bit of an ARG and a wee bit of a mechanism for social interaction. And the portal into the game relies, not on assigning it, but rather on piquing the student’s curiosity. Letting them drive themselves toward it. Letting them want it. Letting them desire to discover and play this game. While at first glance that may seem risky, last I heard, they had almost a one-hundred percent uptake rate. That’s way better than the number of students tuning into your average classroom. Where they’re being graded and where their future is at stake. Because curiosity really is more powerful than even the threat of punishment.

I’m just gonna leave it at that for now. As we so often do, I’m hoping the things left unexplored propel you to look further and dig deeper. This time we’re kind of counting on it.